>>> Foundations Crumbling Away… In The Ruins I Guess I’ll Stay…

Hello awesome reader! Grace here! Thank you for taking the time to read this update, it’s apparently 19 months in the making...

Actually, we want to take this time to apologise for the lack of updates from The Wild Strays over what we can call ‘The COVID Years’. A lot happened and not much of it was good. The band fell apart a little but not enough to break it, hence writing this post with some long overdue news and updates! 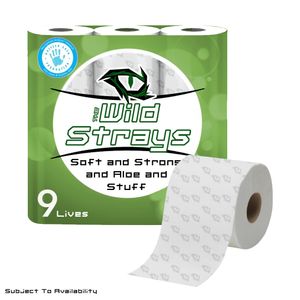 Though it may seem insensitive for us to carry on without going into detail of the past events, we can’t help but feel that that’s where it should stay. In the past. Let’s face it, we all had a bit of a lacklustre time and in the interest of revival, let’s focus on the present and future.

We hope you are doing okay. Just know, no matter how much the world around us falls apart, we can count on those closest to us to help survive & thrive in the ruins. What may aid is some new music, we are a band after all!

So here it bloody well is!

Excuse the passive aggressive phrasing there, I’m just going for as many puns as I can bleed out… (I can literally hear the tumbleweeds rolling across…)

So, anyway, we have a NEW song and it’s called… (drum roll please)

That’s right, now the title makes sense. The new also represents the process, because this isn’t just a straight up Wild Strays song, it’s actually a collaboration! The Wild Strays (Myself and Liam) teamed up with up-and-coming pop singer, Jack Jordan, in an attempt to make a more Wild, more heavy version of one of this singles.

And here it is! Followed by a little backstory of the project…

The project was a bit of a surprise to us and also a bit of a challenge.

Our friend, Kyle Sheldon, was tasked with working on another version of Jack’s Single: Blood, as part of a project that saw multiple versions of the song being created by different artists. You can check out Kyle’s awesome version on Spotify.

Soon after, Kyle nominated us to do a heavier version of the song and Jack was all for it, so me and Liam got to work on our first official collaboration!

We started with all the vocal tracks from Jack, all ready mixed, along with a backing track to use as a guide. We tried to build upon the track as if we were just jamming along to the song but we wasn’t quite feeling it. This was new territory for us, so admittedly, we wasn’t sure what we were doing (#Professionals). We decided on a different approach…

Remove the backing track. Play as you go. 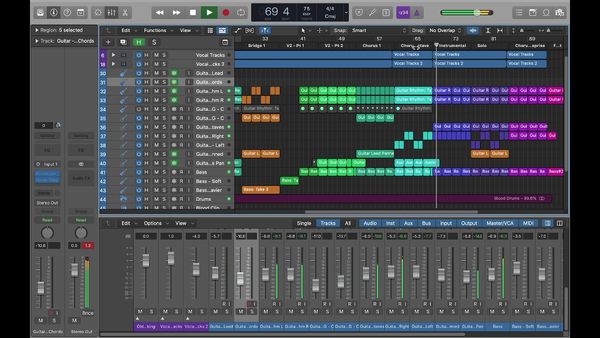 It worked. Surprisingly. We actually recorded the guitars backwards, starting from a reprise of the chorus we opted for. By backwards, I mean we started with the last chorus and then proceeded to do the preceding section; with the Intro being the last part we wrote.

I wrote and recorded the bass, rhythm & lead guitars. Liam wrote all the drums. We merged it together, re-iterated a few times, drank a lot of tea and many sleepless days later, we had a finished song! After some amateur-to-semi-professional mixing from myself, Kyle checked it out with his more adept ears and we finished by mastering it using LANDR.

And well… You can hear the result! We hope you enjoy it 😊

This is a Wild Strays first in so many ways: First new song in years (literally!), first official collaboration, first home-produced release and most importantly… So yes, we finally got Liam on record! And damn it, does he not sound incredible? He’s been a Wild Stray for 2 years now, so we are pleased that his style and ability can finally shine through our music. I suppose this is a good time to mention that we ARE currently working on our new album. It’s called…

Check out our preview (with some more Liam on it) here…

Talking about this record warrants an entire post, so unfortunately, you will have to wait for the next one to find out more about it! I’m going to try my darndest to ensure that update isn’t 19 months from now… Let’s aim for about 19 days shall we?

Until then, I would like to finish with a bit of a personal plug…

As some of you might know, I (Grace) am not just a musician within the band but also the graphic designer. Every bit of art for the band has been done by myself over the years and it’s been an amazing project for me to test my skills and improve as an artist.

As a result, I’m proud to announce that I am now officially a Freelance Graphic Designer for hire! (It says it on my LinkedIn, it must be true!) 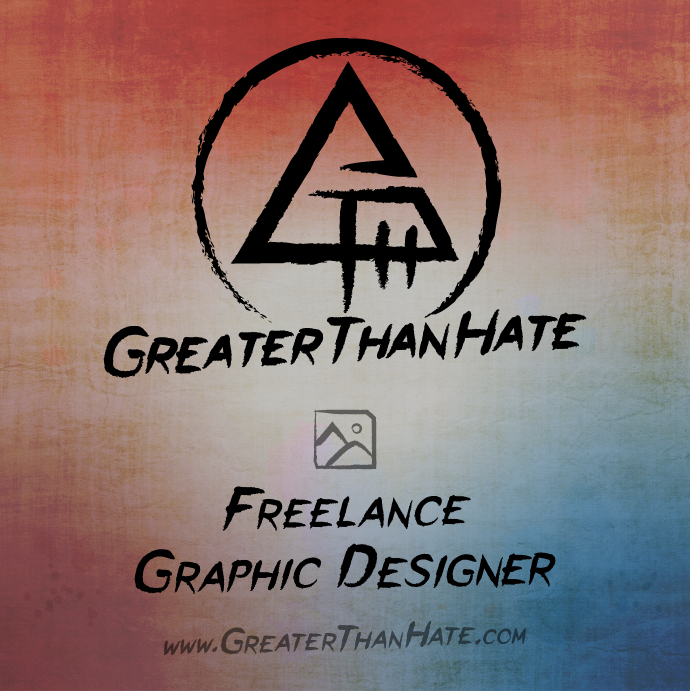 This blog alone provides some evidence of my work (see the above videos too!) but I also have a portfolio website created under my pseudonym: GreaterThanHate.

So feel free to browse the site here.

I am available for hire, so get in touch if you or anyone you know is looking for some design work! And thanks in advance to anyone who shares this knowledge with anyone. As a new business, I’d appreciate any support in growing my brand! 😊

I think that’s enough talk for one post... If you got this far, thanks for reading and keeping up with the bands affairs.

So until next time…